COVID-19 Update: Our stores are now back open - please click here for more information with regards to our new protocol! Thank you all for your continued support during this time and for shopping small & independent
New In 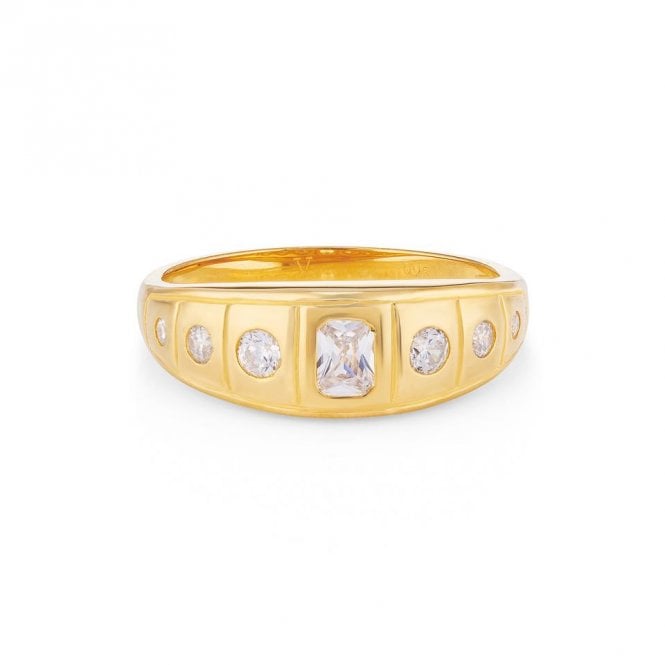 Vintage-inspired and responsibly crafted, the Celia Gold Gypsy ring is part of Edit 03 of V's Forever collection - a progressive response to consumerism which sees a slow release of products throughout the year as opposed to the traditional two seasonal launches.

We believe that out of any article of jewellery, rings hold the most sentiment - often being handed down from one generation to another. Named after Laura's mum Celia, this gypsy ring evokes memories of jewels from Laura's childhood. Golden treasures were to be found hidden away in her mum's jewellery box and rings were often piled high on Celia's fingers. Years on her jewels were stolen and likely fell into the hands of others but her mother's engagement ring, which had similar stones set deep into metal, remained.

We offer a variety of different payment methods for you to pay securely for your chosen items.

Simply select your preferred payment method at the checkout.